Using Public Perks as an Incentive for Improving Police Morale 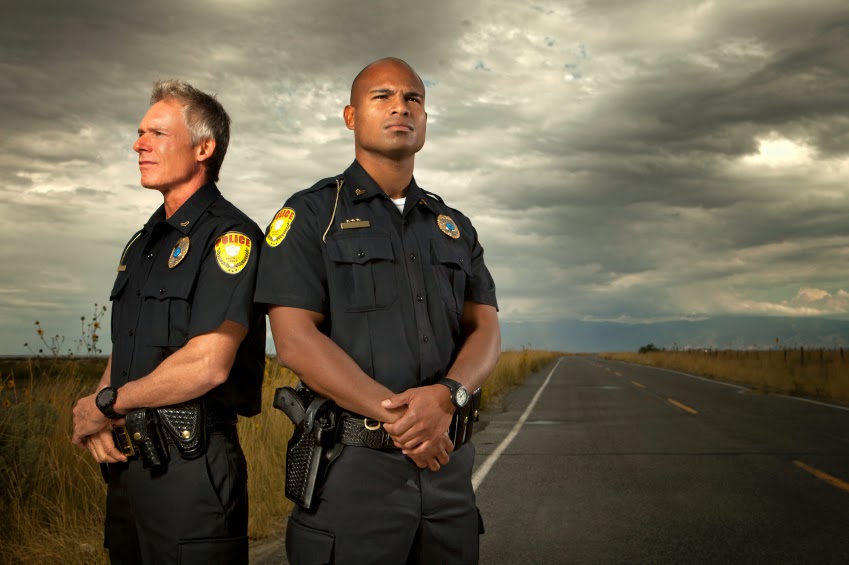 It is often said that no man is above the law.  That all men are created equal and should be afforded extra rights commensurate with the public trust and fair play.  When a police officer receives a free meal, coffee, or donuts, as a paying customer observes, does it affect public trust?

Q: Are you making the argument that minor perks that police officers receive builds morale?

Brown: Certainly. It’s the same good feeling a waiter receives when he has done a good job serving a patron at a restaurant and is rewarded with a generous tip.

Q: Yes, the waiter is paid for doing a job. Police officers are provided a salary. Nothing else is warranted from the public to police officers.

Brown: Yes, but you asked about the impact of perks on morale. Police officers aren’t charging citizens for services or expecting a tip. However, if an on-duty police officer goes to a restaurant or coffee shop and receives a complimentary or discounted meal, that officer feels good about that level of treatment as a sign of appreciation.

Q: You know corruption starts with the little things that are allowed or overlooked. What about ethical considerations that could possibly lead to corruption?

Brown: Is that right? A police officer who takes a free hamburger from McDonald’s is on a slippery slope to the Federal Penitentiary? I don’t think so. Free food is not an entry crime to bigger crimes like marijuana is an entry drug to cocaine and heroin. However, I will say that policing does heighten a person’s proclivities. If an officer is a petty thief, he will become a bigger thief.  If an officer is a drug user, he will become even a bigger user.  A police officer’s character and traits can be heightened by the inducements and enticements that are regularly offered to him. This can go both ways—for good and bad.

Q: So, if this is the case, why tempt police officers with perks?

Brown: What do you think he’s going to do? Take the food, sell it and keep the profits? He’s merely eating food for crying out loud.  We give homeless people food. Can’t police officers get the respect similar to that of homeless people?   I honestly believe that the average citizen does not view perks as an infringement on the public trust.  In fact, police proponents want to do more for police officers.  There have been initiatives by private groups to ensure that every police officer has a bullet proof vest. In Georgia, a private concern bought life insurance policies for police officers in its jurisdiction, in case an officer is injured or killed.  What do you think that act of kindness did for police morale in that jurisdiction?  As long as officers aren’t receiving large financial windfalls tied to specific behavior, I don’t see a problem with taking care of your police department with small acts of kindness.

Q: But, don’t most police departments have policies against police officers accepting gratuities?

Brown: Yes, these policies are in place. Specifically, for the same reasons that concern you.  Are they strictly enforced? Not all the time.  So why have them? Because departments still must maintain a standard of conduct even if all policies governing behavior are not strictly enforced.  It’s a liability “catch all.” Non-gratuity policies are aspirational, much like the Holy Bible.  Some behavior isn’t sanctioned, but you’re not going  to burn in hell for it (Unless you upset the wrong supervisors).

Q: So, if there is a part of society that sanctions police perks, which part opposes them?

Brown: The part of society who has a love/hate relationship with police officers. They love police officers when they need emergency services and hate them when they have to be held accountable for their unlawful actions. These same people say that police officers should make more money for the risks they take, but should not receive any extra benefits for these same risks.  They are the ones who roll their eyes at the officer who receives free french fries, but wouldn’t put their own lives on the line to save their neighbors. They only want equality on their terms. They are greedier than any police officer, but believe their greed is a right and a virtue.

The benevolence behind the perks show an appreciation for an underappreciated profession. Citizens who support their police department should be allowed to express their gratitude without any favorable treatment expected in return. Supportive and responsible citizens can accept these terms without any backlash even when they are at the behest of a police action.

For more information on improving the communication and morale within your police department, visit: http://policerecruitmentandselection.core-edge.com
Posted by Charisma Expert at 5:12 PM

The danger of public perks or "gratuities" is that the proffering and acceptance of such gifts create an expectation for the merchant that his gift will generate some special attention from the officer. The officer cannot possibly fufill these extra expectations created in the mind of the merchant. This expectation is always unstated. Most of the time it is offered subconsciously and masked as a confusing mix of gratitude plus expectation for "next time I call you". There is no doubt why Macdonalds provides free food to officers---- it brings them by regularly. Starbucks may give free coffee or reduced prices not available to the general public. Why? Because that attraction motivates the police to have their coffee there and the company and the customers like that as they feel safer. The same goes for convenience stores open all night such as 7-11 and AM-PM.
Gratuities offered to police (and fire) are inherently bad. Any time an expectation of better response or better treatment is created for one, there is a danger of inequality of treatment for others.
I understand the author's premise that gratuities can be motivating to officers, however, that does not make them beneficial or ethical. Receiving gratuities beyond a certain amount each year (as many cities have forbidden) is a violation of City and Department regulations for a reason.
Declining gratuities is a true test of an officer's ethics. Officers are wise to leave the appropriate cost of their meal in the tip jar or tray instead of openly arguing with the merchant or owner over free meals. In my career, this was a common solution when officers tried to pay "full price" but the merchant insisted on the gratuity. Merchants can avoid the trap by only offering gratuities or discounts in the amount that they would extend to the general public during any promotion or special sale.
Merchants are well-meaning in their attention to police and firefighters, as they truly value their service. Gratuities, however, are always problematic as they may create expectations that are hard for police and fire to deliver.

Those that argue for gratuities like to use statements like " I don't want to offend.." Or minimize that it is "just a drink" an think that the public doesn't care. Maybe it depends where you live or what time of year it is (9/11?). But at the end of the day, when the donater asks for a favor, what are you going to do? If you turn them down, you risk ruining a good thing, making your coworkers mad. If you say yes, you are now going down the slippery slope on a snowboard. Why put yourself in that position? If you need free food to make yourself feel "respected" then you are in the wrong career.

As a long time police professional, I understand the argument for and against free meals. What I do not understand is how the same department’s that have an absolutely no gratuities policy can allow officers to accept free or discounted lodging for “just parking a car in the parking lot”. It seems to me that receiving a $1.50 cup of coffee is much less of a gratuity than living for free in a $1500 a month apartment, but the free living happens all the time.