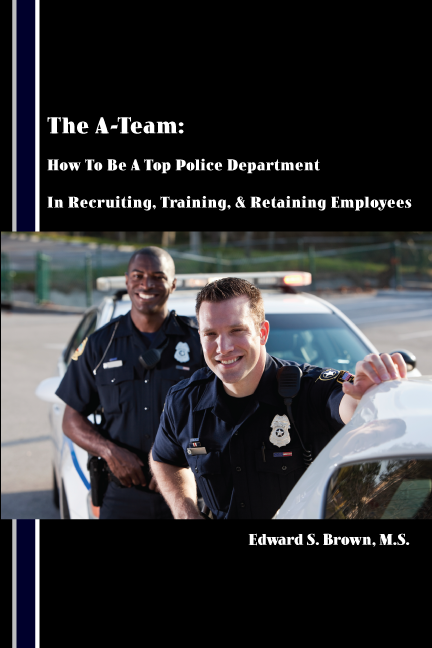 “Stand Your Ground” laws in places like Florida have captured the attention of the country after the deaths of Trayvon Martin and Jordan Davis. Even as of late, a 71 year- old retired police captain, Curtis Reeves, has been charged with killing a fellow movie patron after reportedly being hit with popcorn during a verbal altercation.

Dahlia Lithwick in her article, ““Stand Your Ground” Nation,”reported that “stand your ground” defenses have been hugely successful. Since the law’s inception in 2005, the defense has been invoked a purported 200 times with a 70 percent success rate.


Q: First, do you believe that cases like Trayvon Martin and Jordan Davis create rifts within the law enforcement community?

Brown:  It can create rifts depending on the response by individual law enforcement personnel at the time of the event.  Anthropologists have noted that individuals do not view the world through their skin color, but through their cultural lenses. In other words, people learn through their socialization and experiences. So yes, a black police officer, who has a 17-year old son, might take offense if a fellow white police officer is dismissive about the death of a young black male.

Brown:  It depends on how honest and candid the relationship has been all along. Police officers are trained professionals. They can strongly dislike a fellow police officer, but shoot a perpetrator trying to kill that same disliked police officer.  Police training compartmentalizes logic and emotions.  As individuals, police officers are their race first. But, on the job, they are all blue.   At least in theory.  If two officers have had candid conversations that have cleared up misconceptions in the past, there is less likelihood for a rift during controversial times.

Q: So, as a former Atlanta police officer, what is the emotional fallout for you in cases like Trayvon Martin?

Brown: Anytime young people are killed before they are allowed to mature into adulthood, it is unfortunate. I try to see both sides of the story to determine what might have happened based on the personality composites that I can decipher. If anyone has policed for a reasonable amount of time, he can often determine the characters involved. Generally, people are not that complex.  In many instances, it boils down to effective communication. The youth want respect after being under the constant guise of authority figures. Older citizens want respect based on their wisdom and experiences in life. People who dream of being police officers want to experience power to gain respect.  In the end, everyone wants a degree of respect and significance.  If you can disarm people, by decoding their motivation, you can reduce the amount of conflict surrounding law enforcement.

Q: So, is that it? Law enforcement personnel need not get embroiled in the emotionalism of racially charged incidents, but instead behave like psychologists and social scientists?

Brown: In part. Law enforcement officials have a unique experience, education and insight about human nature that no one  has or ever will based on the nature of the job. Remember, psychologists and social scientists rarely see the raw, cold, reality of people in their truest form. These professionals study people under controlled environments that they can manipulate.  Conversely, law enforcement officials see it every day, unadulterated. If you combine these daily experiences, academic education, and a curiosity about power and people, law enforcement personnel know more about people than anyone else does.

Q: A major rift within law enforcement, during racially charged incidents, is a result of their inability to always be above the fray by understanding the big picture?

Brown: Dick Morris, political strategist for former President Bill Clinton, coined the phrase “Triangulation.”  Morris advised that President Clinton should always rise above the political fray between Democrats and Republicans and choose the best partisan solution, regardless of their origination. During racially charged incidents, law enforcement officials must triangulate, by seeing both sides of the issue, and remaining objective social scientists.  Triangulation is the greatest leverage law enforcement can wield during controversies.  Based on this mastery and unique insight, law enforcement officials can influence the public when the time comes for cooler heads to prevail.

Click here: http://policerecruitmentandselection.core-edge.com for more information on improving the communication within your department.
Posted by Charisma Expert at 9:15 PM

Worked with many different officers different ethnic backgrounds...I got your back means a lot in this profession. You are called to a scene because all other forms of communication have broken down , in any color black, white, brown, yellow, red, in any color fubar is fubar. Triangulation is new to me. But you are so right you have to defuse the situation by making both sides feel like they each walked away a winner and still execute the spirit of the law, not an easy task. This task is best done those who can read people in an instant. This comes with time served ...tenure....If you make it long enough in the business to do that you learn that the green guy next to you with a third eye and an antenna sticking out of hat is your partner and he has your back and you have his no matter what...him you can trust....All others you have to take with a grain of salt, heavy on the salt.You have to be at your best when the whole world around you is at its worst, and make decisions in record time. You partner is your ticket home in one piece. I have been blessed in that I have had some really wise and creative partners. To answer your question...finally...no..no department worth it's weight has those issues...In real cop life all we have on the job is each other, no matter what color. Stay tactical...stay safe.

It seems like the media tend to create more of a rift with the rush to get the story out before all of the info has been investigated and verified. The shock value of sound bites are often misunderstood as fact-regardless of context. When things go south, cops will set aside issues to get the job done. We call that being professional.