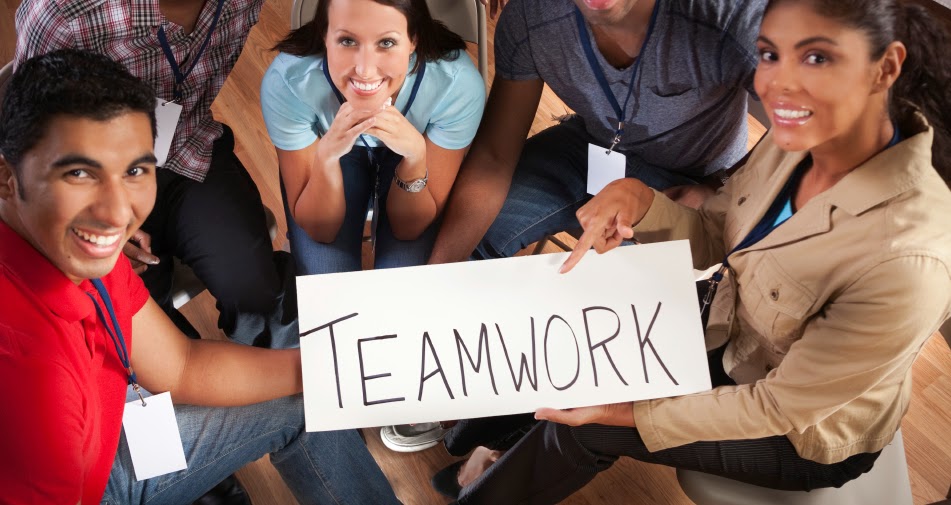 
Bullying has become a hot issue in recent times. According to the StopBullying.gov web site, bullying is defined as “Unwanted, aggressive behavior among school aged children that involves a real or perceived power imbalance. The behavior is repeated, or has the potential to be repeated, over time. Both kids who are bullied and who bully others may have serious, lasting problems.”

Bullystatistics.org quoted that, When it comes to verbal bullying, this type of bullying is the most common type with about 77 percent of all students being bullied verbally in some way or another including mental bullying or even verbal abuse. These types of bullying can also include spreading rumors, yelling obscenities or other derogatory terms based on an individual's race, gender, sexual orientation, religion, etc. Out of the 77 percent of those bullied, 14 percent have a severe or bad reaction to the abuse, according to recent school bullying statistics. These numbers make up the students that experience poor self-esteem, depression, anxiety about going to school and even suicidal thoughts (bullycide) as a result of being bullied by their peers. Also as part of this study, about one in five students admitted they are responsible for bullying their peers. Almost half of all students fear harassment or bullying in the bathroom at school, according to these school bullying statistics. As a result of this fear and anxiety of being bullied, many students will make excuses or find ways around going to school. School bullying statistics also reveal that teens ages 12-17 believe they have seen violence increase at their schools. In fact, these numbers also show that most violent altercations between students are more likely to occur on school grounds than on the way to school for many teens (para. 2).

In a recent focus group conducted by Edward Brown of Core Edge Police Professional Development to high school students ages 16-18 in the metro Atlanta (GA) area, Brown uncovered some interesting opinions that served both as the state of school age bullying and what can be done to eradicate it. Brown defines Micro-Terrorism as “A systematic or pattern of violence and intimidation against an individual or small group to achieve power.”  This report seeks to create a framework as a basis for adopting recommended solutions to the bullying problem.


Because of the insular world of young people, adults have less influence or interaction with student daily existence in rectifying school age bullying.  Consequently, victims of bullying have to develop practical means for developing effective assertive and self-confidence building skills. The world of young people is reminiscent of the TV show, “The Little Rascals,” where adults and authority figures are tableau to this world.  Consequently, the thought of going to an adult to report bullying based on this insularity is antithetical to youth psychodynamics. As such, to cope within this environment, students have to be provided the skills to survive and thrive.  One of the key components that came out of this focus group was that bullying centered on the acquisition and maintenance of power. Moreover, in some instances there might be a correlation between subcultural value systems coupled with societal exclusion that perpetuate bullying.


This group consisted of six boys between the ages of 16 and 18. They came from backgrounds within the lower socioeconomic strata. Perhaps two of the six expressed middle class values as well as exposure to higher disposable income. It is important to note that they were participants within a GED program where they opted to attend based on poor academic performance within a traditional high school setting.  This distinction is important, because bullying may take on different characteristics based on cultural dynamics. For example, within certain communities, values like the ability to fight well, attract the opposite sex, play sports, and exhibit a “cool” or trendy persona, are highly regarded. Such values may be a response to limited education, money, and significant professional contacts that lend themselves to traditional factors for acquiring power. Consequently, in this context, power within these communities may be a response to the lack of inclusion within the majority culture. The term “Power” came up several times during the discussion, and was viewed as a response to a lack of empowerment on the part of the bully, as well as a sense of jealousy by the bully for ideal traits seen in the victim.


The ideal research method encompasses qualitative and quantitative research.  A great deal of this data is qualitative, anecdotal, and subjective. Additionally, the analysis is derived from the statements of participants, personal experience, and the current research on the interplay between power and relationships. Correlations that cannot be quantified will attempt to draw out several options represented through qualitative analysis as a means of exploring and explaining phenomenon.


Students pointed out that both the bully and the victim have a sense of disempowerment. The bully feels that he cannot have an ideal life based on lacking certain financial resources, smartness, or attractiveness. In response, the victim of bullying feels overwhelmed or “terrorized” by the state of constant fear.


Students noted that due to the insular world of youths, victims of bullying do not reach out to adults or authority figures.  It was felt that such adult intervention only heightened the problem.  Adults are viewed as intruders to the youth world. Any introduction of adults into this world by another youth is a violation of unspoken rules. Also, “ratting out” or reporting the activity of another student to an adult was seen as taboo.

Students acknowledged that bullying has led to suicides and homicides, but suggested that bullies do not think or consider the “end game.” In other words, the possibility of a victim harming himself or others as a result of bullying never enters the bully’s mind.  Essentially, the bully is lashing out based on internal feelings of inadequacy, not intentionally trying to inflict long-term harm on a victim.

Some of the students admitted being labeled bullies themselves.  One of the participants shared that the death of his mother made him feel that students with living mothers had an advantage over him. Although he had a reputation as a trendy, popular dresser, he still felt an emotional void due to his mother’s death.  Consequently, he took his aggression out on other students. The subject of low self-esteem and jealousy that caused powerlessness was a recurring theme. Most agreed that bullies simply did not like themselves or their options in life.

When asked what steps could victims of bullying take to ward of bullying, a few solutions were provided. First, the victim can confront the bully.  In some instances, the bully befriends a victim to discover a victim’s soft or weak points. Much like a criminal who looks for easy prey, a bully is attempting to determine the amount of rejection he may receive from a potential victim.  If he does not receive any push back the very first time he lodges a verbal or physical attack, he exploits this perceived weakness within the victim. Students advised that in the very first encounter, the victim must demonstrate resilience and assertiveness by warding off bully attacks. The victim does not have to win decisively over the bully, but has to demonstrate assertiveness, self-confidence, and a will to be independent.

Secondly, students discussed the aspect of “indirect power,” where other individuals demonstrate a high degree of power to intercede on behalf of the victim. These allies may be older siblings, adversaries to an identified bully, or individuals that a bully fears or respects among his peers.  Ultimately, a victim feels that reinforcements are the only way a bully can be effectively dealt with.  A third form of power titled, “Consolidated Power,” involves a victim using his personal skills and talents to leverage these skills and talents in exchange for power.  An example would be a victim, who is proficient in math, leveraging his skills to the school football team in exchange for protection against bullies. This would be no different, in a geopolitical sense, than a small country seeking the aid and protection of a superpower in exchange for access to a small country’s resources or strategic positioning.

Since victims of bullying exist in an insular world, they have to acquire the tools and skills to ward off stronger adversaries. This flies in the face of pundits who place greater emphasis on adult intervention. Adult intervention is necessary, but must be inclusive within a long-term strategy.  This is critical because students postulated that bully suspensions only heightened bullying, because bullies adopt an “Institutionalized” mentality, reminiscent of prison inmates, but reversed. Whereas, inmates become accustomed to being incarcerated and embrace the experience, bullies don’t enjoy school and enjoy the experience of not being in school.  If a bully is not academically inclined, suspending him from school supports his intentions, not thwart them.

Overwhelmingly, students felt that bullying would always be present. Because of the human need for power and the greed and jealousy that are derived from a competitive world, bullies will find ways to obtain power.


Students suggested that fear can serve as a motivator for curtailing bully behavior.  Fear has to be a motivator for a bully. Programs like “Scared Straight,” where youth violators are ushered into a prison to mingle with inmates may serve as a deterrent. Inmates are encouraged to threaten, bully, harass, and intimidate student violators as a means of positive behavior modification. This fear serves to instill introspection and reconsideration on the bully’s part.  In addition, since bullies are purported not to be conscious of the results of their actions, they are encouraged to visit morgues to demonstrate the results of their behavior.  Psychologists assert that people are moved more by fear of loss than the hope for gain.  Students also suggested that bullies should seek counseling for low self-esteem, jealousy, and anger management. Much like the U.S. Military, bullies have to be broken down to be built up.


Currently, it seems that school age bullying is on the rise. If the genesis of bullying is representative of powerlessness, then it will continue to grow exponentially. The reach of the Internet, in a borderless, global economy, will continually evolve where individuals feel even more insignificant and irrelevant.  Consequently, individuals will act out in aberrant ways to seek attention or assuage feelings of powerlessness.  The easy accessibility of firearms coupled with the desensitization of human life via multimedia and computer games, suggests that harming and killing others out of fear will also rise. Powerlessness within an insular world, reinforced through Pop culture, creates an incendiary environment that is consistently exploding.


Edward Brown, M.S., is a researcher and lead instructor for Core Edge Police Professional Development.  Ed is a former Atlanta police officer and has trained command staff and supervisors throughout the U.S. on communication and leadership development skills. He also is an Adult Education instructor for the Atlanta Public School System.

Ed is the author of nine books including: How to Keep the World From Bullying You: Becoming More Assertive and Self-Confident for Smart and Gifted Students and Police Leadership: The Morale Driven Police Department.

For more information on dealing with bullying, visit: http://www.amazon.com/Keep-World-From-Bullying-Self-Confident-ebook/dp/B00IFVNDAU
Posted by Charisma Expert at 5:15 PM