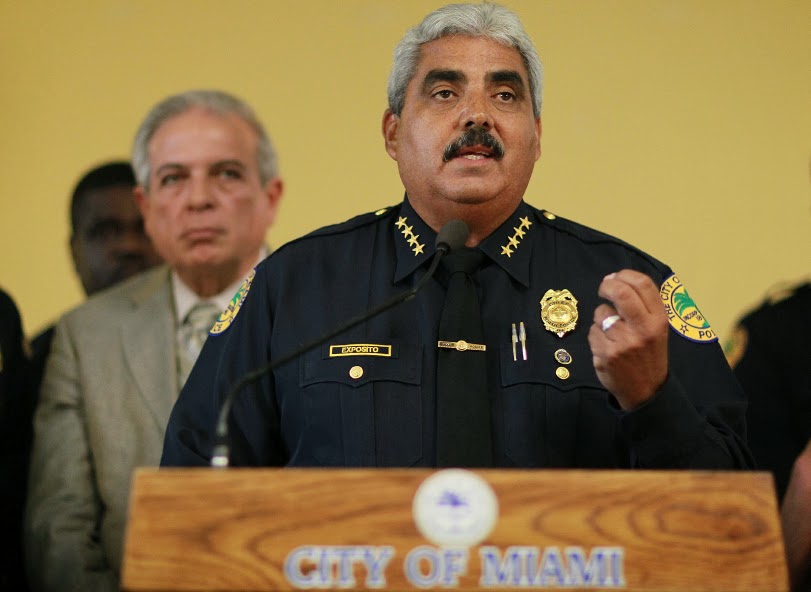 Ask any police chief about the morale in his department and he will say it is good, but it can be better.  In some departments, morale may be in the toilet, but conventional wisdom says to keep even bad news positive. The challenge is to create a work environment conducive to officer enrichment and retention (Brown 1998).

The ultimate question is, “How does one maintain the enthusiasm officers have when they graduate from the police academy?”

Many officers become disenchanted early in their careers.   An independent study conducted by the National Institute of Ethics found that the average time when an officer becomes involved in unethical activities is 7.2 years. Two inferences can be made from this study:

1. Veteran officers are more susceptible to corruption than their younger counterparts.  This number indicates when misconduct was initially identified.

2. Morale and integrity share a common space.  Many of the reasons departments suffer from low morale are the same reasons that cause unethical activity, i.e. low compensation, lack of appreciation, apathy, inadequate leadership, etc.  If there is some corollary between morale and corruption then what is the answer to decreasing its occurrence?

Can a case be made that the more an officer is encouraged to develop himself, the less he is inclined to participate in unethical and unproductive acts? And if a structure is in place that not only provides the tools for self-development, but increases productivity, would this be beneficial for society?  Human nature suggests that we take pride in people and things we help create and cultivate.  It would make sense that if a system is in place to develop officers to be better individuals, they would maintain job enthusiasm, develop advanced operational strategies, and provide stellar customer service to the public. At least, by delving into the psyche of police personnel and their motivation, we take away some of the excuses for the "Black eye" police departments suffer for unethical and unproductive behavior. Maybe a thief is a thief, under any circumstances.  But, could we dig a little deeper into discovering what other professions are doing to improve employee productivity? Have our ongoing problems been already solved by other industries?


The study of employee motivation has evolved over the last 60 years.  Early researchers believed that money was the motivation for employee morale.  As challenges persisted that did not solve the dilemma, new theories emerged.  The most popular theory being the “Hierarchy of Needs” postulated by eminent psychologist Abraham Maslow. Maslow contended that man is a wanting animal.  As soon as one need has been satisfied, another one moves in to take its place.  Consequently, human beings are constantly striving to realize their full potential or “self-actualize.”

There is no one theory that assumes to represent all employee motivation.  Dr. Angela M. Bowey in her article, “Motivation at Work: A key issue in remuneration,” talked about a prevailing idea called the “Contingency Theory.” Under this theory, management would not focus on one element of employee motivation, but would be open to the myriad of motivational factors in a department including pay, time off, and career development.  Furthermore, what might work for one department might not work for another.  This is a step in the right direction for employee driven professions like law enforcement.

With the increased rate of violence in society, particularly during economic upheaval, and departments struggling to increase personnel, many department heads do not know quantifiably what the morale is within their police departments.  Major corporations are embracing the benefits of morale and motivation training for employees.  They do not see this as merely as a nice thing to do, but have reasoned that it is good for business.

Employees in a cross-section of companies realize the benefits of motivational training and extol its benefits.  Angela Nurse, a former employee for a Miami-based computerized payroll service said, “Every now and then we need a shot in the arm…we are barraged on a constant basis with rejection, after which you get depressed and frustrated.  Motivational training helps you get refocused.  On-going positive input is necessary for people to be successful in any field.  You want to emulate the patterns for success.”


Adrienne Booker, a customer service representative in Atlanta said, “Working with the public can be stressful and motivational training gives us the challenge to endure and resolve future problems.  The training left us on a high note and encouraged us to move forward.  It is essential that one absorbs that kind of positive energy from time to time.”


Legal departments have also gotten into the act.  Tawanda Bazile, a paralegal in the business practice and government relations branch of an aerospace and engineering company said that as part of their Total Quality Management (TQM) Program “Our primary goal is to gain total customer achievement including how we relate to each other within our company as well as our external customer base.  I believe motivational training helped our new employees increase communication.”


The challenges that confront law enforcement in the new economy are not insurmountable.  Agencies must commit to the idea that the development of its employees is its prime objective.  Motivational training must follow this idea for implementation.


Julian Barling, psychologist and business professor at Queen’s University in Kingston, Ontario, in an article by Ross Laver entitled, “Why Leadership Matters” said; “we see leadership as the ability to intellectually stimulate subordinates, to help them approach problems in new ways and to think about what’s going to benefit the organization in the long term.”

Police agencies with high morale make for a win-win situation.  Management benefits by having its goals realized, which enhances public confidence in its police department.  Individual police officers do not fall prey to the evils of domestic violence, drug and alcoholic abuse, stress, and suicide.  Society benefits by being protected by officers who feel good about the job and not merely earning a paycheck.

Motivational training that outlines the methodology for personal growth has been proven among corporate personnel to enrich employee development.  Companies and agencies benefit in this training by encouraging personnel to help find solutions to ongoing problems.  People support what they create!  The difference between an employee who views himself as “semi-retired” versus a “go-getter” is the level of trust he has in management’s vision.

Police motivational training should serve as a necessary component within mandatory curriculum.  If it turns into a temporary remedy for long-term solutions, then the results will be short-lived.  The challenges in law enforcement are the result of gradual evolution and the solutions to these challenges are also gradual.

Excerpt from The A-Team: How to Be a Top Police Department in Recruiting, Training & Retaining Employees.  Available now at: http://www.amazon.com/dp/B00HFZO2V6

* This article was originally published in the May 1998 issue of Law & Order magazine by Edward Brown. Research and data  deemed outdated and irrelevant were deleted from this revised version.
Posted by Charisma Expert at 7:53 PM