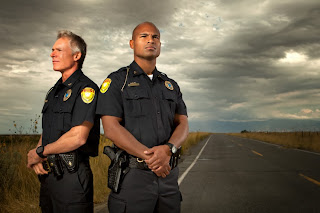 
Richard Dawkins posited in The Selfish Gene, “Be warned that if you wish, as I do, to build a society in which individuals cooperate generously and unselfishly towards a common good, you can expect little help from biological nature.  Let us try to teach generosity and altruism, because we are born selfish.” (p.3) Dawkins’ premise is that the biological need for our DNA to preserve itself for future generations is at the heart our selfishness.  Although Dawkins talked about selfishness in biology, a similar need exists socially and culturally.  Any discussion involving police morale has to take into consideration the selfish or self-interests of police personnel.  In the last sixty-years, theories within employee motivation have attempted to align employee motivation with organizational development.  Unfortunately, this purported alignment has been at the hands of researchers and consultants, not organizational leaders who have the most to gain or lose with employee motivation.

Edward Brown, M.S., of Core Edge Police Professional Development provides answers to questions on the validity and viability of the Selfish Gene Theory on police morale.

Q: In your interpretation of Dawkins’ Selfish Gene Theory, What does it mean for police morale?

Brown:  Essentially, it means that the mission of police departments cannot be effectively manifested unless the selfish interests of employees are satisfied.


Q: This seems to fly in the face of the structure of paramilitary organizations. How can departmental discipline be maintained without strict order to accomplishing a mission?

Brown: In this context, selfishness is not encouraging chaos or disorder, but aligning the self-interest of the employee with the mission of the police department. During the hiring process, besides examining the background and credibility of the applicant, recruiters should be negotiating the self-interests of the applicant with benchmarks for achieving departmental goals.  What’s most important to the applicant upon hiring? Money? Days off? Career development? By striking a deal upon hiring an applicant, the environment has already been established for achieving satisfaction within the department upon meeting certain measurable goals.  Consequently, each employee has a roadmap to follow which becomes part of a police department’s growth trajectory.  With this thinking, police departments begin operating as businesses, specializing in human capital.

Q: How does this compare to what’s currently being practiced?

Brown: If in the future, I want to become a chief of police, what is the process? How about a major? A captain? It is understood that there are a limited number of available slots for supervisors. But, if my interest is career development, are there opportunities for me to lead? Can I assume special projects that I’m passionate about that will positively affect the department’s mission?  In a 30-year career, are there sufficient opportunities for police personnel to be transferred easily to stay fresh in learning new skills to stave off burnout? The police human resources department would have to do more monitoring of assignments commensurate with the stated goals of the employee; insuring that the self-interest of the employee aligning with departmental goals is continuously flowing.  How about after 5 years of service, a human resources manager calls an employee into his office and says, “When you got hired 5 years ago, you stated that you wanted more leadership opportunities. Have you been offered those opportunities? Have you taken advantage of these opportunities afforded to you? If not, why not?” For the first time, morale becomes a shared responsibility between the department and employee.

Q: Sounds idealistic, but doable. What are the pitfalls?

Brown: Well, as I stated earlier, the human resources department would need more personnel to monitor this progressive system. Given the restraints on police budgets, hiring new human resources employees might be challenging. Also, employees under the traditional system whose self-interest was never considered might not be optimistic or willing to participate.  They may opt to merely co-exist until it’s time to retire. Lastly, department leaders may have a challenging time buying into how assignments are delegated and the value of considering the self-interest of employees for organizational development.

Q: That sounds about right. If the current system has worked, why change it?

Brown: Has it worked? It worked moderately 25 years ago when I joined the Atlanta Police Department. Now we have the Millennial Generation assuming control soon, the Internet requiring dedicated and enthusiastic officers willing to go to the ends of the earth to catch cybercriminals, and a disloyal workforce who have experienced a mountain of political and financial scandals in the last 40 years.  Unless police departments respond effectively to current challenges, they will be limping into the 22nd century resembling a scene from “Escape From New York.”

Q: People who make money off of talking about the problems within police departments seem to always have visions of doom.  You all seem to make the problem appear more severe than what it really is. Do police leaders share your gloom and doom outlook?

Brown: Great point. Police departments have two (2) things that have traditionally worked for them: 1.) A monopoly and 2.) Guaranteed revenue through tax dollars. Police departments don’t have to compete directly against another police department within its jurisdiction for services. And departmental revenue does not rely on the buying power of local citizens, like retail stores.  However, citizens are changing the game by annexing themselves from larger cities by incorporating into new ones.  With these new cities, come new police departments. So the traditional monopoly is broken and old tax dollars are funneled into the new government.  Where are these new police supervisors and police officers coming from? They are being poached from existing police departments for better pay, more opportunities, and heightened enthusiasm. Therefore, citizens operating in their own self-interest for better police services are creating new governments. In politics, there is an old saying that there are no permanent friends or permanent enemies, only permanent interests. Addressing employee self-interest is in the best interest of police departments.

For more information on morale building strategies for your department, visit: The A-Team: How to Be a Top Police Department in Recruiting, Training & Retaining Employees.  Available now at: http://www.amazon.com/dp/B00HFZO2V6