5 Things Police Leaders Should Never Do When Speaking Publicly 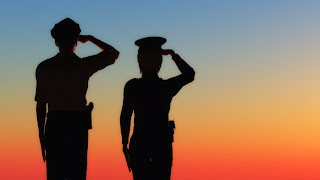 Edward Brown, M.S.
Quite often, police chiefs who have come up through the ranks feel that effective public speaking isn’t necessary for doing their job. After all, they made it this far without being inspiring or persuasive in their communications. Besides, departmental messages can be handled by the police spokesperson. But, imagine if you could become a savior to your department when effective communication is most needed?  When a community leader galvanizes a group to protest a police action, what could you say to get that same group on your side?  Could you be more persuasive when attempting to get the city council to give your department more resources than fire and sanitation services? No matter what skills got you to the “Top Cop” position, the skills most needed in today’s society are the ability to persuade, inspire, and influence constituents under dire situations. The following are five (5) things police leaders should never do when speaking publicly:


1. Do not address an audience or constituent without adequate preparation. It is important for police leaders to become skilled at impromptu or “spontaneous” speaking. Having an outline that addresses a problem, its genesis, a solution, and a call to action, becomes essential under any circumstance where a department’s confidence and brand are on the line. You should never try to “wing it” or come up with something flat-footed. Even the best speakers make preparations seem spontaneous.

2. Do not leave critical messages in the hands of a police spokesperson.  A police chief should handle critical issues such as budget cuts, employee furloughs, injuries, and officer deaths. Departmental personnel and the public are looking for encouraging words to ensure that the department shows sympathy when an officer goes down and decreases the public’s fear when a dangerous person is running rampant.  These times are especially important for police chiefs and command staffs to rise to the occasion by possessing finely honed public speaking skills.

3. Do not give perfunctory, emotionless presentations. When people experience a loss or hardship, they want to know that someone in authority empathizes with their pain. The standard, emotionless response that police chiefs typically provide does not help ease departmental or public pain. Furthermore, departmental good will is lost when chiefs lack the confidence to become emotionally vulnerable in a time of need. It isn’t necessary that a chief breaks down publicly, but there should be some evidence that he has a heartbeat.

4. Do not leave nonessential information unsaid. There are many times when an ongoing investigation prevents police leaders from divulging pertinent information. An active case requires that critical information remain sealed to either clear up a case or develop evidence for later prosecution. However, controlling public and media messages is all about controlling the conversation. Steer the conversation in a way where you control the tone and mood of the information that is revealed. “No comment” remarks create more intrigue and fodder for rumors than mere explanation of what can be disclosed. Always set the stage on your terms and emphasize a commitment to resolving the case, issue, or controversy as soon as possible.

5. Do not give the same exact presentation to different constituents. Although a message may be the same, the delivery and nuance of each audience requires changes based on constituent’s needs.  If you speak to the Rotary Club, change the same presentation to meet the needs of a Neighborhood Planning Unit (NPU). By being aware of the subtle, yet important, differences between each forum, you won’t be labeled a mere politician who does not understand that audiences often overlap.

The borderless Internet and the global media make effective public speaking paramount for police leaders. The days of police activities remaining local are over. Police leaders have to become acutely aware that while their jurisdictions may be limited, the reach of their messages is unlimited.  One day, you may be a police chief in a city or county with very little activity. The next day, you may be the face and voice of a monumental event.  Become a master communicator that constituents can be proud of rather than a police leader who is proficient at the administrative aspects of policing, but oratorically ill equipped.

For more information on how police leaders can become more persuasive and influential in their public speaking skills, visit: http://plr.coreedgeprivatelabelrights.com

Posted by Charisma Expert at 7:59 PM