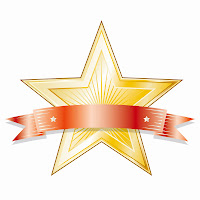 Edward Brown, M.S., of Core Edge Police Professional Development provides answers to questions on the strategies for law enforcement leaders to improve productivity within their departments.

Brown: Based on my research, transformational leaders have a preternatural ability to read people. I was in a meeting once where police supervisors were trying to persuade an officer to consider their perspective on a policy change.  It was an attempt by the incoming police chief to solicit more officer feedback when drafting new policies that affect police officers.  A captain who had been quietly listening all along tapped into the officer’s concerns. He essentially asked, since you are in the shoes of the people impacted, how will you feel and what aspects of the policy would you change? Those two questions changed the whole dynamics of the meeting. The captain honed into what the officer was feeling, which is the reason the officer was asked to attend the meeting. Transformational leaders are adept at getting to the core of a problem by uncovering the nuance of nonverbal communication.

Q: So, do police managers and supervisors need to listen more to the nonverbal cues of police personnel?

Brown: Active listening is part of it, but it is broader than that. Police supervisors could benefit from a paradigmatic shift that suggests that self-interested, motivated employees will either make or break departmental productivity.  The “Inside game” in today’s economy is all about tying the self-interests of employees to departmental missions. Psychological contracts between police supervisors and employees have to be formed during the hiring process with benchmarks along the way.

Q: In this context, how is “Psychological Contracts” defined?

Brown: A psychological contract is a mental agreement between parties that address the self-interests of each party and the expectations derived from the relationship.

Q: Why is this doctrine important for police supervisors?

Brown: It is important because during the hiring process, the hiring agency carries a great deal of power. The best way to wield power is acting as if it does not exist.  By tapping into the self-interests of employees, as they enter into the department, you make it about the rewards for specific performance. As a superpower on the world’s stage, the U.S. does it all the time. In reality, the U.S. can forcefully persuade most countries to act according to U.S. interests. However, the U.S. has learned that gentle persuasion is a better way of influencing foreign policy, particularly when the rest of the world is looking. The same is true at the individual level. A police department can persuade a new hire that his or hers self-interest, as a means of growing within the department, is part of the department’s mission.

Q: So, by emulating the persuasiveness of transformational leaders in gaining follower loyalty, police managers can inspire employee loyalty?

Brown: Yes. By understanding that the objective of police departments is about getting personnel to do what they sometimes do not want to do.  Although police department have SOPs (Standard Operating Procedures) and employee manuals that govern the department’s personnel, there is an honor system based on the nature of policing. Police officers are still responsible for adhering to these edicts even in the absence of direct supervision.  However, police officers will model their behavior after the actions of the supervisors they respect.

For more information on becoming more persuasive in your communication and leadership skills, visit: http://policerecruitmentandselection.core-edge.com/events
Posted by Charisma Expert at 5:45 PM