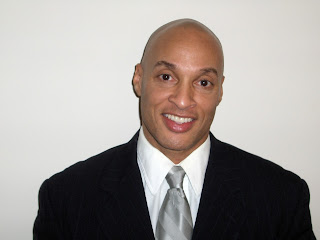 Q: What does crisis communication mean?

Brown: A working definition, as it relates to law enforcement, is the ability to engage, inspire, or persuade an audience in response to a situation with negative consequences.

Q: Why did you develop this communication model for law enforcement leaders?

Brown:  As a former Atlanta police officer, I attended many police funerals in addition to budget and morale crises within the department.  Some things were just not in the control of the chief or command staff.  They were part of the machinations of politics and could not do anything about the status quo. However, if command staff knew how to inspire and persuade during crises, they could have gotten the productivity they desired regardless of politics.

Q: Is there one key component to crisis communication?

Brown: If there is one key component, it would be a keen awareness of human nature. For example, what are the thoughts and feelings of attendees at an officer’s funeral? What message would soothe and heal the pain of loss during this dark hour?  What would be a persuasive message at a city council meeting that would prevent budget cuts within a department?  Would knowing the personality traits of city councilmembers help persuade them?  By understanding human nature, leaders begin to manage the crisis, as well as, influence the outcome.

Q: It seems that most police departments have a spokesperson to do what you are suggesting. Are these spokespersons not doing an effective job?

Q: It seems that police departments get along fine without crisis communication. What has changed?

Brown: Society has changed.  You have to explain more things to the public than ever before. Particularly, the Millennial Generation (born early 1980s to early 2000s) requires more information and analysis. When I joined the Atlanta Police Department in 1988, we were taught to follow orders without questions.  We had to follow any lawful command or be brought up on insubordinate charges. Today, supervisors have to be much more flexible and persuasive in their communication style.  Policing is not a profession where you can micromanage employees.  Once a supervisor gives a directive, the supervisor relies on the officer to get the task done.  Supervisors now have to jockey for greater buy-in than they had to do in the past.

Q: So, are smaller police departments or jurisdictions with less crime absolved of crisis communication training?

Brown: Show me this utopia where crime does not exist? Where smart phones and video cameras aren’t vigilant about police activities? Show me where the Internet has not created a media where the reputation of a police department can be hurt over false or misleading allegations? In a world without borders, the only thing that may save a police department in crises will be its ability to persuade and influence the public towards a positive outcome.

To enroll now in the workshop, “How to Develop Effective Crisis Communications for Law Enforcement Leaders” visit: http://policerecruitmentandselection.core-edge.com/events
Posted by Charisma Expert at 7:53 PM